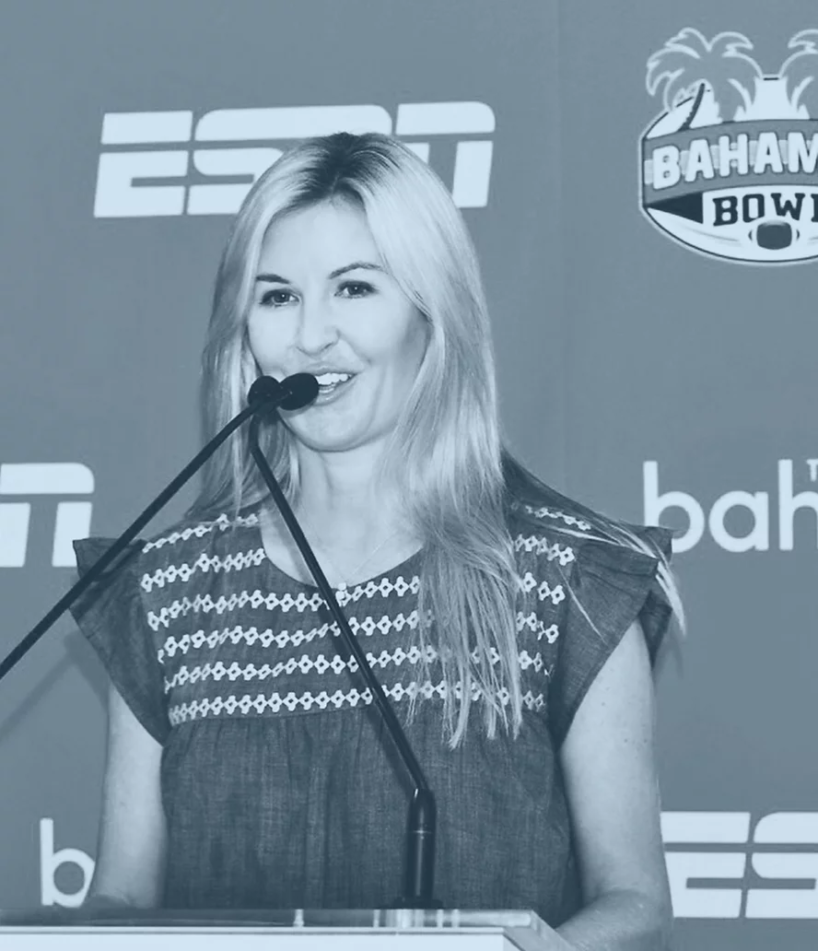 A recognized leader in the sports industry known for her strategic vision, passion and drive, Lea Miller-Tooley offers a unique blend of executive ability and global team-building. In her role as the founder and president of Complete Sports Management, a sports consulting agency, she conceived and single-handedly built the Battle 4 Atlantis and in only two years time turned the event into the most successful pre-season men’s Division 1 college basketball tournament in history. She also negotiated sponsorship agreements and media contracts with ESPN, NBC Sports Network and AXS TV, which resulted in a combined audience availability to over 100 million households over the course of 30+ broadcast hours.

The continued success of the Battle 4 Atlantis led Miller-Tooley and Complete Sports Management to seek an opportunity to bring college football to the Bahamas. With the NCAA lifting a three-year moratorium on new FBS bowl games for the 2014 season, CSM partnered with Conference USA to get the Bahamas Bowl sanctioned by the NCAA. The Bahamas Bowl is the first ever bowl game outside either the U.S. or Canada since the 1937 Bacardi Bowl in Havana, Cuba. Lea helped negotiate six-year contracts for the game to be played at Nassau’s Thomas A. Robinson National Stadium and with television partner ESPN to broadcast the game.

Lea and Complete Sports Management also run Division I Men’s Basketball Foreign Tours all over the globe. Most notably, CSM ran Villanova’s 2016 trip to Barcelona and Madrid, Spain and Kentucky’s 2014 and 2018 tours to the Bahamas. For Kentucky’s 2018 tour, Miller-Tooley negotiated to bring in three National Teams from Canada, Serbia and Argentina to complete against the Wildcats’ on-site at the Atlantis in the Imperial Arena where the Battle 4 Atlantis Tournament is played. The tour was the most widely televised foreign tour in collegiate basketball history.

Lea was also retained by the NBA to help organize, Basketball Without Borders, the NBA and FIBA's global basketball development and community outreach program, in the Bahamas for the first time ever.

Prior to founding Complete Sports Management, Lea worked for IMG Worldwide, the global sports, fashion and media company, in business development. She also worked in finance in New York City for Morgan Stanley and BMO Capital.

Miller-Tooley played Division I tennis at Wake Forest and then Georgia Tech. A native of Gainesville, Georgia, Lea splits her time between Denver, Colorado and the Bahamas. Her husband, Jim Tooley, is the CEO of USA Basketball.